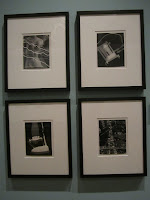 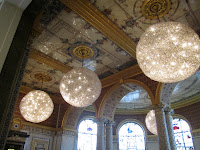 I had a quick sprint round the contemporary galleries while deciding whether to get it then found myself walking through Trafalgar Square on the way to Embankment tube station, still trying to decide. Perhaps someone will buy me it for my birthday.
Posted by Bel at 16:51